LED is short for Light Emitting Diode. An LED emits light as a result of electric luminescence. It is also known as “cold light” as, unlike with old-fashioned incandescent bulbs, the light is not produced by heating a metal filament. The diode, on the other hand, emits light when flowing through two specially coated silicon semiconductors. It is one of the most energy-efficient and power-saving ways to produce light.

An LED consists of solid materials without movable parts and is often moulded into transparent plastic. This ensures high durability. When an LED is on, it emits almost zero heat. This reduces the problem of cooling the electronic parts.

The first LED was created by Russian inventor Oleg Losev in 1927. For many years, it was only possible to produce infrared, red and yellow LEDs. These diodes were found in everything from remote controls to clock radios.

It was not until 1994 that Japanese scientist Shuji Nakamura was able to demonstrate an efficient blue LED. White and green LEDs soon followed, laying the foundation for the LED revolution we have seen in lighting and display technology. 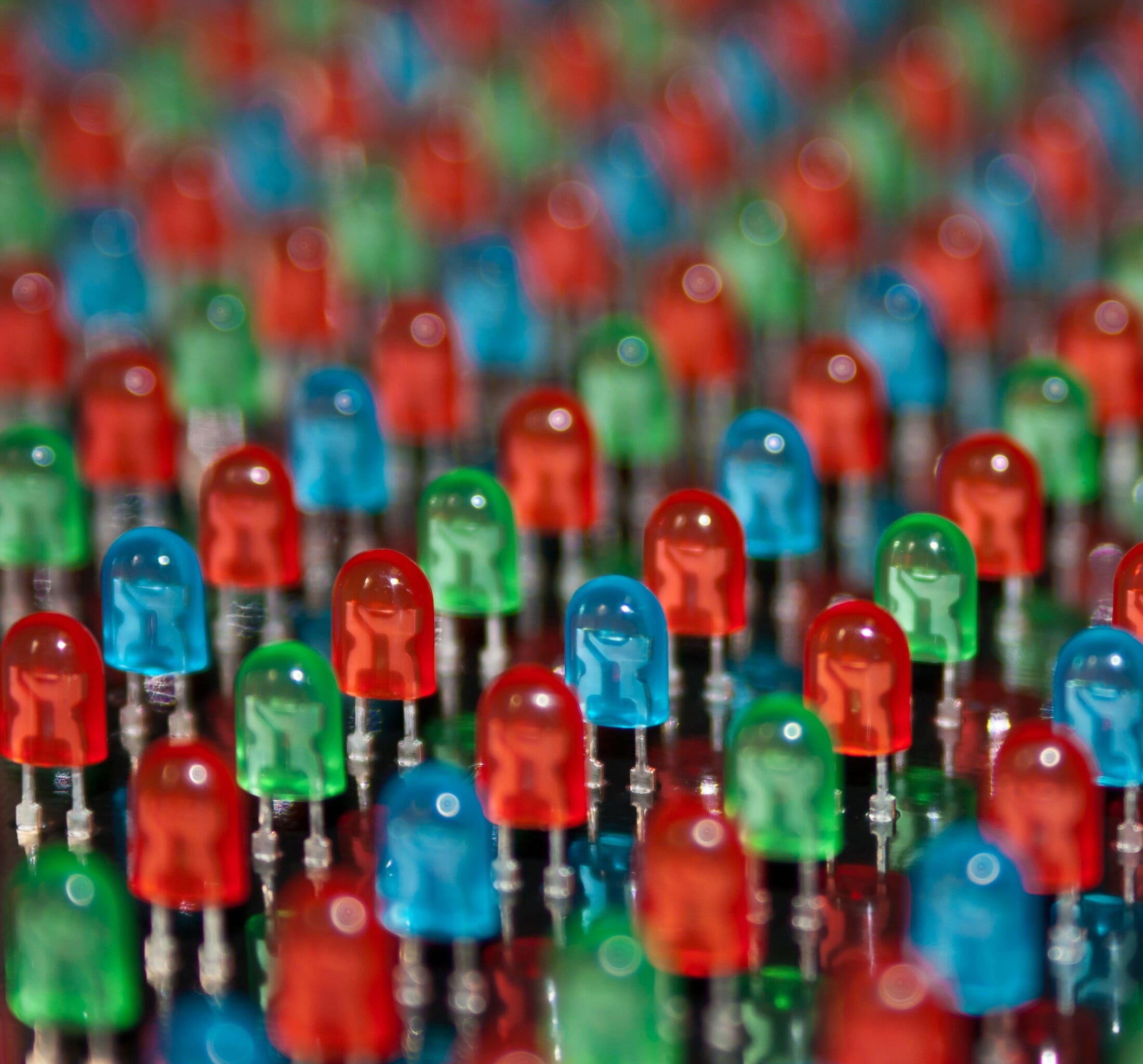 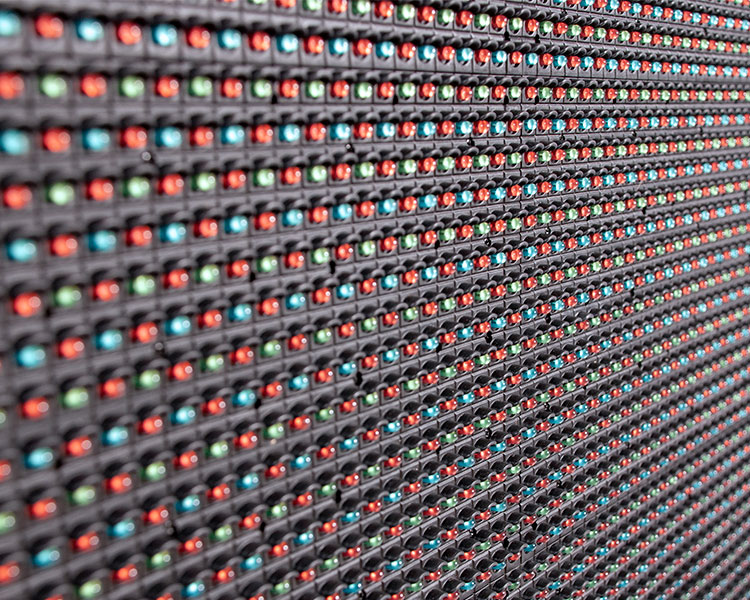 How does an led display work?

An LED display consists of many closely-spaced LEDs. By varying the brightness of each LED, the diodes jointly form an image on the display.

To create a bright colour image, the principles of additive colour mixing are used, whereby new colours are created by mixing light in different colours. An LED display consists of red, green and blue LEDs mounted in a fixed pattern. These three colours combine to form a pixel. By adjusting the intensity of the diodes, billions of colours can be formed. When you look at the LED screen from a certain distance, the array of coloured pixels are seen as an image.

RGB is short for Red, Green and Blue. It is a colour scheme that exploits the fact that all visible colours can be mixed from these three basic colours. It is used in almost all types of displays, including LED displays. 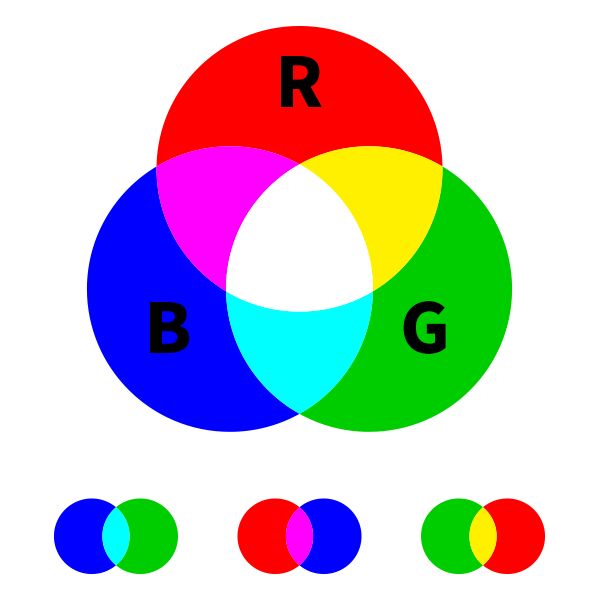 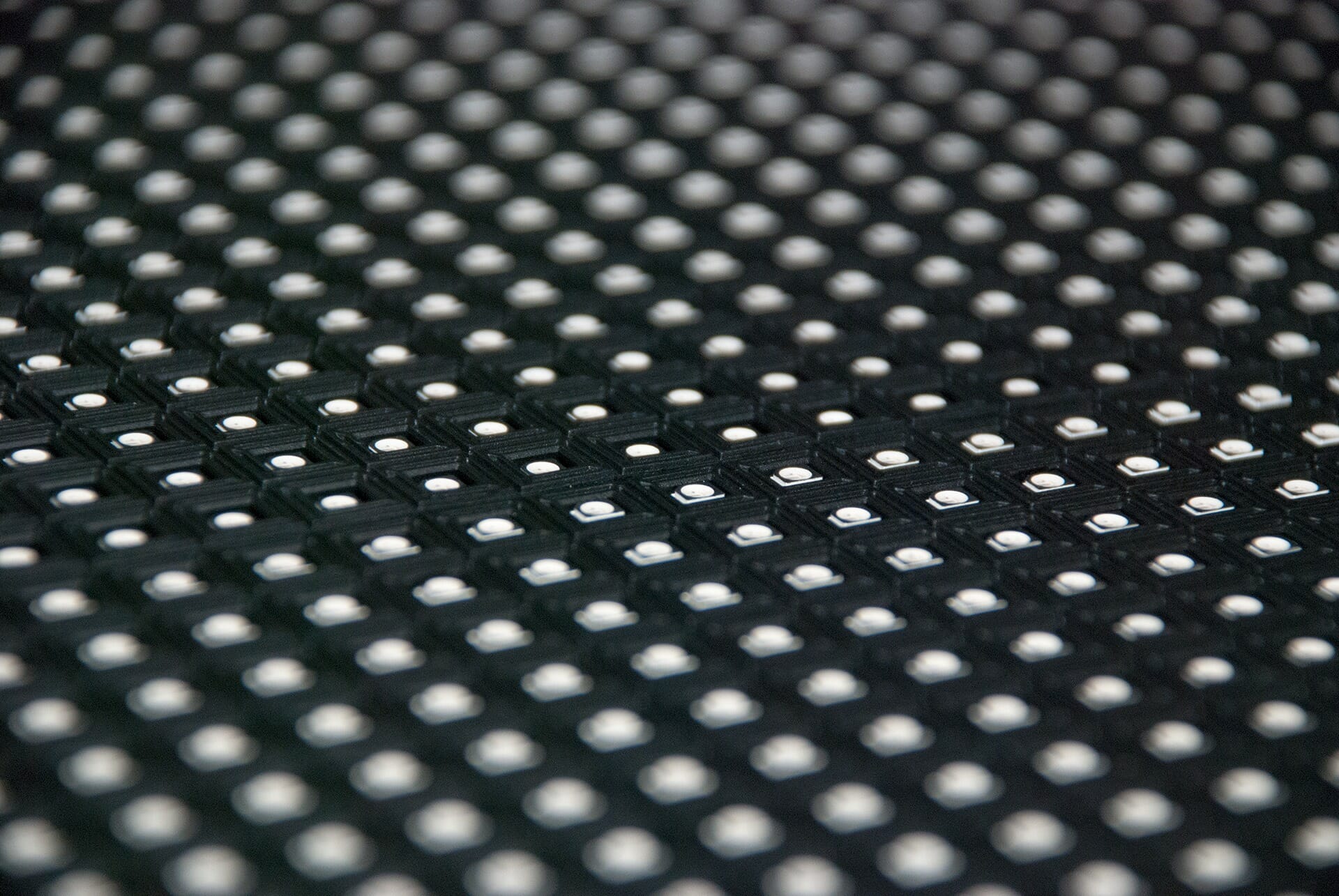 SMD means Surface Mount Device. These are electronic components that are surface mounted directly on a printed circuit board – and not as previously by soldering the metal pin on the underside of the circuit board.

In LED display technology, the SMD concept is used a little differently. An SMD display is an LED display where the red, green and blue diodes are potted in a small plastic encapsulation which is surface mounted on the printed circuit boards of the display. When the diodes are encapsulated in this way, they take up a lot less space, making it possible to produce displays with less spacing between the diodes and higher resolution.

How much power does an led display use?

LED is a highly energy-efficient technology, hence the widespread use of energy-saving LED bulbs today. The amount of power the diodes in an LED display use depends on the type of display, brightness and usage.

There are many different types of LEDs and displays. The power consumption of an indoor display, for example, will be different from an outdoor digital sign, which has to be seen in direct sunlight. The brightness of the display is also a major factor. The images must be clear, but the light from the display must not dazzle. An outdoor LED display needs to be far brighter in daylight than when darkness falls.

What is displayed also has an impact. LED displays display images by turning on and adjusting the brightness of coloured diodes. An entirely white image with black text will therefore require many more illuminated diodes – and far more power – than white text on a black background. 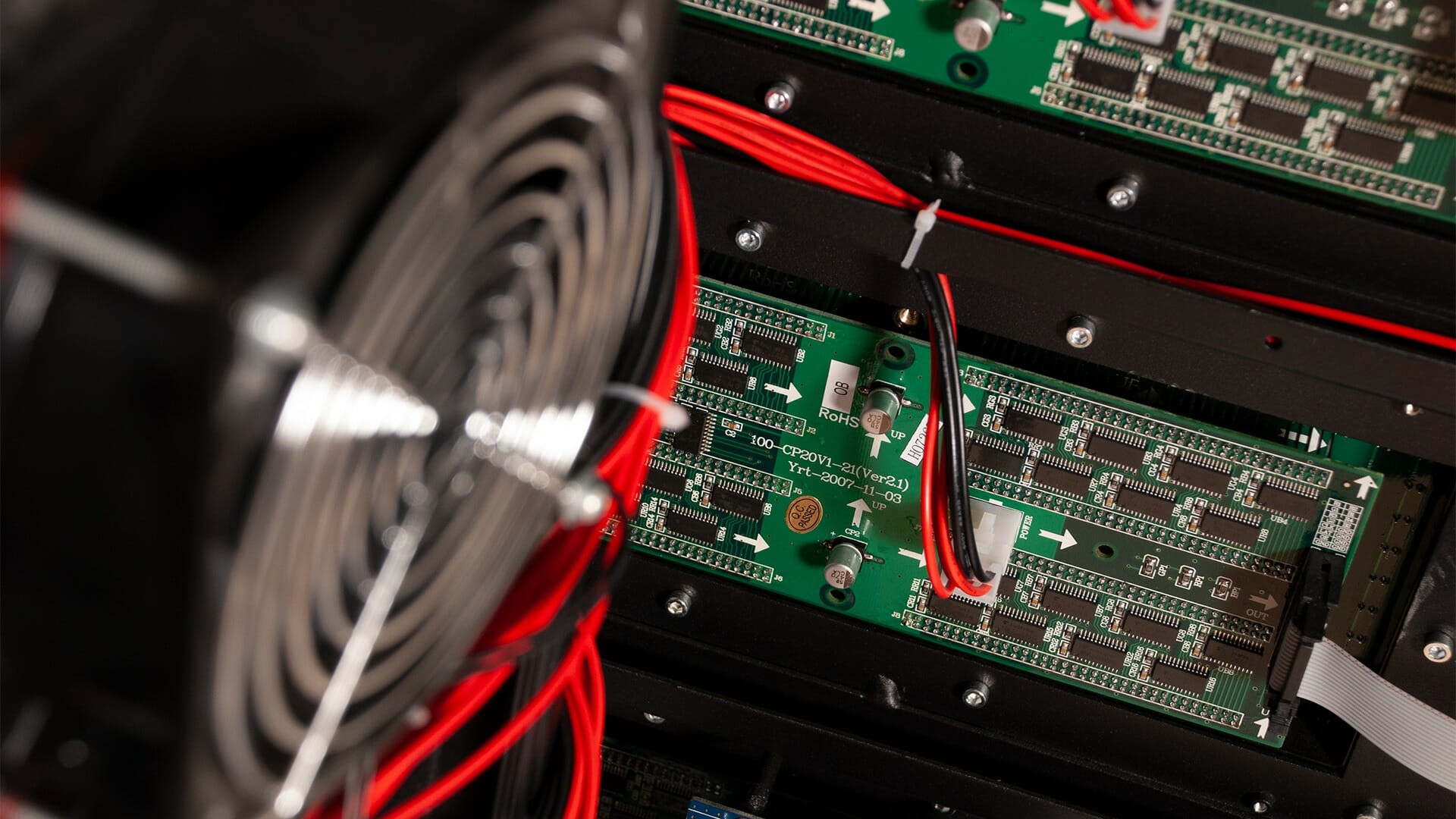 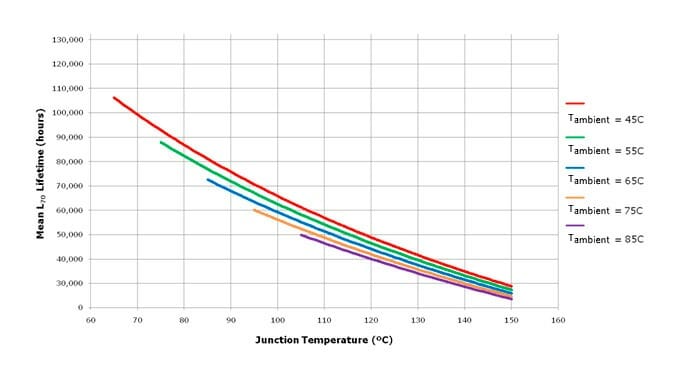 How long does an led display last?

It is difficult to say anything specific about the life of an LED display as many factors come into play. However, with proper maintenance, a display can certainly last for more than ten years. As with all types of electronics, life expectancy is also affected by the daily use and the environment around the display. Light images and a high level of brightness are more wearing on the display than darker images and a low level of brightness. Factors such as humidity and salt content in the air can also come into play.

Over the course of the life of an LED display, the light output from the diodes will diminish. By how much depends on the type and generation of the diodes. Many LED displays never use their full light intensity, so reduction will rarely be a problem.

What is pixel pitch and display resolution?

If an LED display has a pixel pitch of 1 cm, there may be 100 x 100 pixels per square metre of display. The resolution of a display is given as a pair of numbers that indicate the width and height in pixels. If you have a 6 x 8-metre screen with 1 cm in pixel pitch, it has a resolution of 600 x 800 pixels.

There are LED screens with a pixel pitch of anywhere from several centimetres to a single millimetre.

See our beautiful eXview PLUS screen 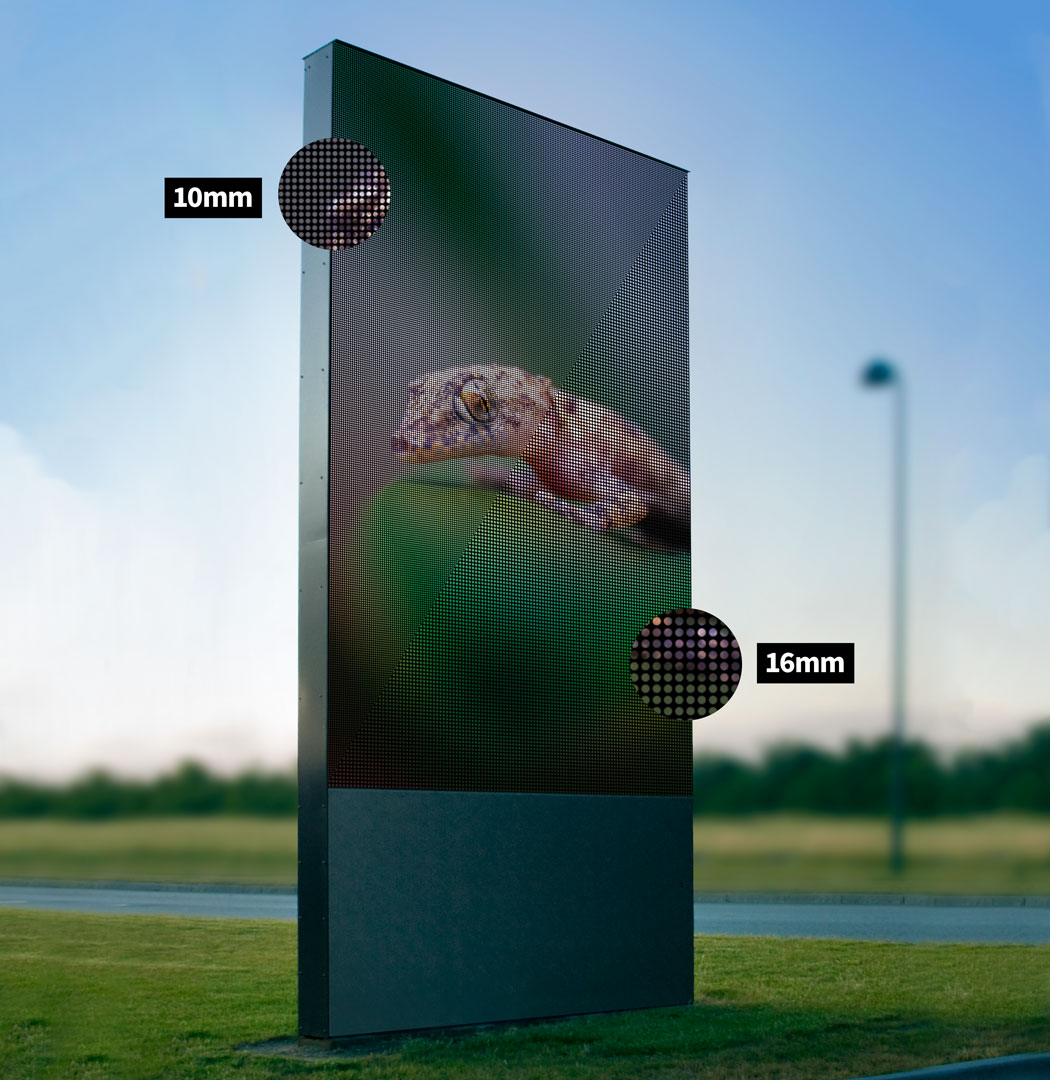 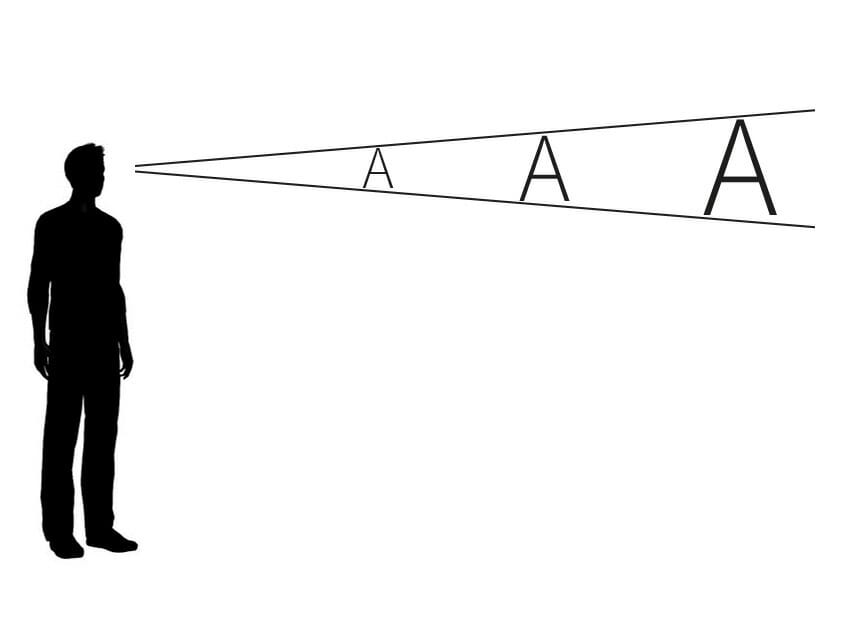 What resolution should I choose?

The resolution you need for an LED display depends on the viewing distance. From what distance will your audience be viewing the display? If you are close to a low-resolution LED display (far between the diodes), it will be difficult to see what’s on the display.

There is typically a connection between display resolution and price. The higher the resolution, the more diodes there are per m2 – and therefore a higher m2 price.

If you are installing a digital sign by a main road or on a building facade, it will be seen from a certain distance. Here, a high-resolution display would be unnecessary – and unnecessarily expensive. If it is a display at floor level in the middle of a department store, the audience will get much closer to it. Here, a high-resolution display works best.

A good rule of thumb for LED displays is: 1 mm pixel pitch for each metre of viewing distance.

Read our articles to learn more

The nit measurement is used when analysing the luminance of an LED display. Nit is another word for candela per square metre. Candela is the SI unit (metre system) of luminance. It is a unit that takes the human eye’s perception of the brightness of different colours into account. This makes it the obvious unit to use when measuring the brightness of a display. One candela is roughly the light emitted by a normal candle.

The nit unit is completely different to the ANSI lumens measurement, which is used to assess the brightness of a video projector. They cannot be compared.

To prevent electrical devices from having an adverse effect on each other, the EU has introduced an EMC Directive. The Directive ensures that electrical and electronic equipment does not generate, or is not affected by, electromagnetic disturbance. Equipment must not affect radio and telecommunications either. It is an important directive, as at airports and hospitals, for example, it may be dangerous if devices have an adverse effect on each other. All Expromo displays comply with the EU EMC Directive.

This will close in 20<'/span> seconds

Administrer samtykke til cookies
We use cookies to optimize our website and our services.
Manage options Manage services Manage vendors Read more about these purposes
View preferences
{title} {title} {title}